Quebecers will need to be more diligent about physical distancing and further reduce their contacts to avoid a rise in the number of COVID-19 cases, hospitalizations and deaths, according to the latest projections by government-affiliated experts.

The projections suggest that even with the closure of bars and restaurants, the cancellation of organized sports and further restrictions in schools put in place at the beginning of October, those numbers will continue to rise into the new year.

But if the population reduces its contacts by another 25 per cent, according to one model, by maintaining two metres of physical distance in public spaces, wearing masks and limiting gatherings, the spread of the virus is likely to plateau and even decline.

The findings were presented on Friday by Quebec’s public health research institute, the INSPQ.

The presentation included three mathematical models: one if no measures had been introduced after cases started to climb in the middle of August and September; another if the restrictions imposed in early October are maintained; and a third that showed the impact of reducing contacts.

Dr. Jocelyne Sauvé, vice-president of scientific affairs at the INSPQ, said the modelling suggests Quebec was headed for a “fairly catastrophic” rise in cases in September had nothing been done, with a death toll that could have exceeded the first wave.

But she said the projections show that further effort from the population will be necessary to stabilize the pandemic.

WATCH | How experts think Montreal could fare in the second wave: 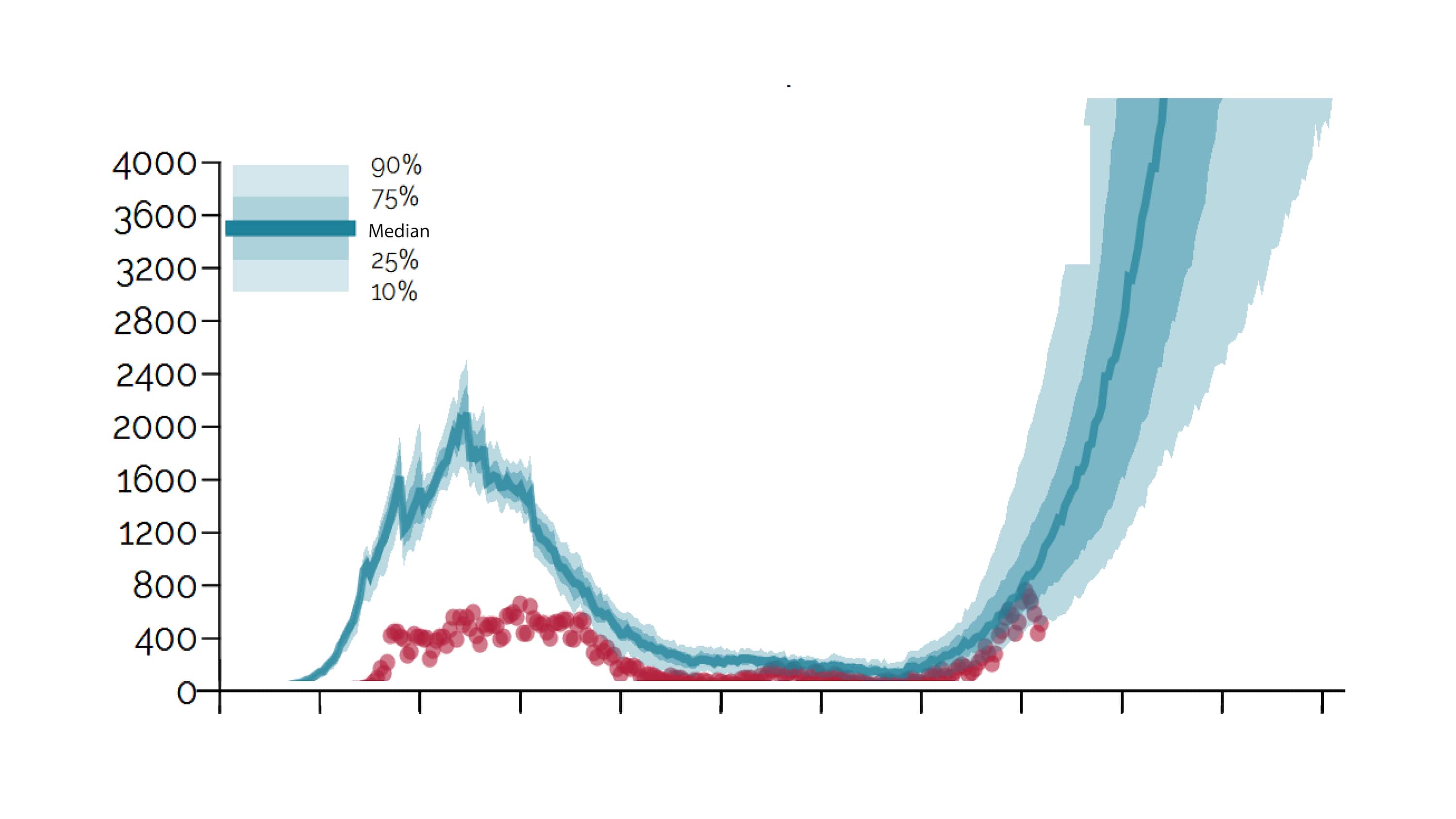 INSPQ projections show three scenarios for the virus’s fall and winter path and suggest it’s not too late to avoid a catastrophic scenario. 1:41

Marc Brisson, a health economics professor at Université Laval who presented the findings, said in practical terms this means further cutting back on non-essential contacts and keeping two metres apart while, for example, speaking to another parent during school dropoff.

All three models were prepared with the assumption that Quebec’s long-term care homes and private seniors’ residences are better protected than they were in the spring.

Brisson said the INSPQ is preparing another round of projections to be released later this fall that would include the impact of more effective testing and contact tracing on the rate of transmission.

The previous round of INSPQ projections, released in July, forecast that a second wave would hit Quebec sometime in September. Its force would depend on how well Quebecers were following health guidelines.

Health Minister Christian Dubé said Friday the projections reinforce what the province has been saying: that the actions of individuals have major consequences.

Dubé also pointed to another study, prepared by Quebec’s health research institute INESSS, that suggested the province’s hospitals were under less strain than they had been a week ago.

“We have been doing well on stabilization, but we want those cases to continue to decline. Why do we do this? We want to protect our health system and have as few victims as possible,” he said.

Another record-breaking day for COVID-19 in Manitoba with 193 new cases, 97 hospitalizations 5 min read

Another record-breaking day for COVID-19 in Manitoba with 193 new cases, 97 hospitalizations

Home-share caregivers burning out from lack of gov’t support during pandemic, association says

As the pandemic takes a mental toll on Quebec students, teachers are trying new ways to keep them learning 3 min read

As the pandemic takes a mental toll on Quebec students, teachers are trying new ways to keep them learning

A nose job without the knife? Doctors say ‘liquid rhinoplasty’ isn’t worth the risk 4 min read

A nose job without the knife? Doctors say ‘liquid rhinoplasty’ isn’t worth the risk

Did Trump deliver on his first election promises? 1 min read

Did Trump deliver on his first election promises?

Another record-breaking day for COVID-19 in Manitoba with 193 new cases, 97 hospitalizations 5 min read

Another record-breaking day for COVID-19 in Manitoba with 193 new cases, 97 hospitalizations