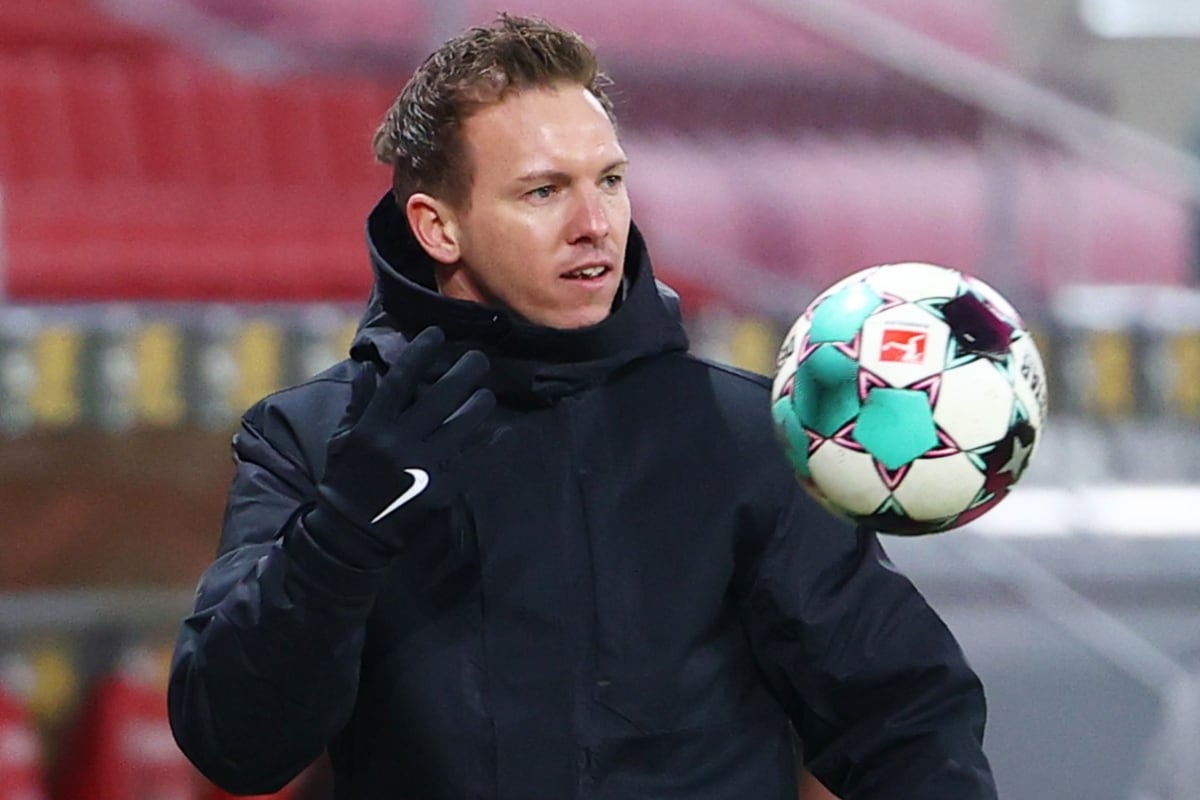 Julian Nagelsmann will have one last chance to finish his term at RB Leipzig with a first-ever major title for him and the club when they face Borussia Dortmund in the German Cup final on Thursday. The 33-year-old German coach will move to Bayern Munich in summer. To clinch the trophy with Leipzig, he must overcome a negative run against Dortmund. Nagelsmann has won only one of his 11 league duels against the Cup final opponents. Dortmund’s late 3-2 win on Saturday just added up to the negative series. “The record is not outstanding. It’s about time we won a game. We have our next chance on Thursday. We have to get it right there,” Nagelsmann said, according to dpa news agency.

Leipzig reached the final after a tough battle with Werder Bremen, just securing the 2-1 win thanks to an extra-time goal by Emil Forsberg.

The semifinal hero has already played in the Cup final with Leipzig, losing to Bayern Munich in 2019.

“It was a great experience that I will never forget. Now I have another chance and I want to come off the pitch as a winner,” Forsberg told an interview to the German football federation (DFB) website.

He pointed out that nothing changed after Nagelsmann said he will take the job at Bayern and the way the team performed against Bremen “shows that everything is fine”.

“Julian wants to win, and we want to win. We fight for him, he fights for us. And we have a common goal: We want to win the cup,” Forsberg added.

Dortmund gave underdogs Holstein Kiel no chance to reach the final, with a 5-0 win in their semi-final clash. That put an end to second division side Kiel’s fairy tale, after they eliminated holders Bayern in the second round.

But despite the major triumph over Kiel and the latest win against Leipzig, Dortmund midfielder Julian Brandt sees no favourite team to win the Cup showdown.

“I think two good teams will go head-to-head and that anything can happen,” he said.

Dortmund have had a mixed season with ups and downs, but managed to get to the final sprint with chances of silverware and qualifying to the Champions League.

“It’s a bit of an adjustment for every team when you’re always playing in an empty stadium and have to adjust to hygiene concepts [due to the coronavirus pandemic] all over again.

“Some teams cope with it well, others have their difficulties. We are one of the teams that have had more difficulties with it,” Brandt pointed out.

Dortmund last played the competition’s final in 2017, when they beat Eintracht Frankfurt 2-1. A win this season would be the club’s fifth Cup triumph overall.